How to shut up your inner snob -- and start writing

Today's writing advice comes from author/comedienne Madeline Hatter, who I had heard about long before I actually met her.   One, because people genuinely love her and her comedy.  And two, because,  at first glance, folks were constantly getting us mixed up.  (We still are puzzled by that.  But at least from my end , considering her popularity, I guess it wasn't so bad! )   Madeline describes her novel,  "Lookin’ in the Mirror,"  as  "an unromantic comedy."   And I'm not surprised.   Madeline has a delightfully unique and quirky way of looking at the world.   Here, she talks about  killing your inner snob as a key to sparking creativity.

Advice from Author/Comedienne Madeline Hatter
Keep Your Snob in Check
I can be a snob. Some days, I wrong-headedly affirm that snobbery: I'm a hipster, hee-hee.  I say wrong-headed, because snobbery is dangerous to your process. When you're brainstorming stories, but throwing them all out because they're not “original” enough -- or whatever contrived reason -- it's destructive. And for me, all this was happening before I even touched a key.

Several years ago, I wrote a novel, with a sequel built in.  Literally. The first one ends on a cliffhanger. And having not written the sequel dogged me for a long time. So why wasn't I
writing? Snobbery. 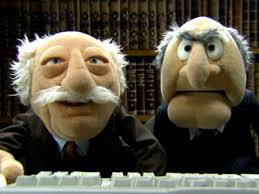 My first novel  ("Lookin’ in the Mirror")  was a spoof of sorts.   I called it an “unromantic comedy” because it followed the same tropes of a typical rom-com, but nobody falls in love.  But the second would definitely be a rom-com, and that started to bother me.  “I'm so hack,” I would mull to myself.  I'd berate myself to come up with stories in other genres.  To no avail.  Along the way, the messaging became more destructive, with articles touting some established author's process of completing 25 books a year.  Finally, I decided that if I wasn't going to write, I needed to do something else.
Years passed, and I had freelanced a little.  I covered basketball, politics, and then left writing entirely. (Mostly because politics will drive you nuts.) I got into cooking.  Organic living.  Locavorism.  Interesting stuff, but I wasn't producing anything.  And at my core, I am a creator.
At the encouragement of a coworker, I did my first standup set.   I wasn't horrible, just really, really rough.  Looking back, I got some really good laughs for a first-timer. And it wasn't an audience stacked with family and friends.  Then, I took a class at The Laughing Skull.  Our graduation show was another feather in my cap. “I can do this,” I thought. But it wasn't long until that old snob came around again.   And I started looking for “deeper, more thoughtful” material, “getting bored” with the stuff I already had – stuff that was getting laughs!  Then, the articles: Louis C.K. writes a whole new show every six days!

Admittedly, this process did bring me to sketch comedy, improv, and now acting – which have also been very good to me. (I'm featuring in  I Hate Hamlet at Lionheart Theatre  starting March 13!)   But the time came to put the kibosh on "Le Snob."
“This is bullshit,” I said to myself.    “I'm not a middle-aged white man who's been in comedy for 20 years!  I can aspire to create material on that cycle, but if it doesn't happen, so be it.  I'm me.  I need to write what I know, in the cycle that I have.”  The message: Learn to appreciate yourself... Your talents, skills... What you bring to the table. If you need to, list them.   In fact, it's better if you see them written down.   In your own handwriting.  And if you're like me, doing so will bring you to finally admit some things you've been hiding, like...
Datgummit, I like rom-coms!   So what if the last one or two, or fifty, have really driven it into the ground.  There have been some cherished greats in the genre -- or at least just cherished by me. “So screw you, Snob!   I like happy endings!   And shut up, comedy self.   You know I'm not talking about massage parlors fronting for prostitution.”
Now all I need to do is sit down long enough to write that sequel...


Madeline Hatter is a former journalist and graphic designer. Author of the unromantic comedy "Lookin’ in the Mirror".   Atlanta comic.  Now, actor.   Madeline is the sardonic girl next door, delivering killer quips with her disarming smile. You may know her from her YouTube video Thank You Black History. Soon she will feature in the Lionheart Theatre production I Hate Hamlet, running March 13-30, 2014 in Norcross, Ga.  Madeline enjoys outdoors activities with her dog, watching sci-fi/fantasy, practicing Spanish, and writing.   While working as a journalist, she published the unromantic comedy "Lookin' in the Mirror".  Now she's looking forward to starring in romantic comedies!
Posted by Robin Henry at 12:30 AM