Are you mentally fit to write?


Today's advice comes from screenwriter/director Joseph Hampton, who has written for Tyler Perry's "House of Payne"  and "Meet the Browns."   His screenplays include "The Legend of John Henry,  "Felon Fund" and "Illegal Aliens."    Here, he gets real about the importance of getting mentally fit to write.


Advice from writer/director Joseph Hampton
Get your Sh-t together!
Whether you’re a professional writer or someone trying to get into the business, my advice to you is ‘seek help now!’   Seriously.  I’ve been a professional writer since 2006 and it can be lots of fun or scary as hell. Often it’s both at the same time. The only way to weather the storm is to take your emotional and mental health as seriously as learning your craft. If going fishing or kicking the cat keeps all your gray matter in the right place, please keep doin’ what you’re doin’. But if you have even a small sense that you could use a mental tune up, I recommend you do it sooner rather than later.
The main tool for a writer is his brain. If you aren’t getting healthy in your mind, you might as well smoke three packs a day, eat bacon sandwiches with a side of bacon sandwiches and play hopscotch in heavy traffic. ‘Ju gonna die, mane’ figuratively— maybe literally. Neither one is a pleasant thought, so, why risk it if you can fix it?

Drugs and lemon-meringue colonics.  Are you thinking what I used to think, ‘If I straighten out all the screwed up wiring in my head I won’t be unique anymore. I might sweep away a franchise along with the crap that’s making me hate myself!’ Chances are if you weren’t fighting off emotional demons and self-medicating with booze, drugs or lemon-meringue colonics, you’d become a better writer. You’d at least get more done and be a more tolerable lunch date. Why? Because you’d have a better sense of what interests other people and you’d be more open to the world around you. (Just please, for the love of Carl Jung, fight the urge to tell everyone about your therapy sessions.)
What do I know? None of us are having the same life experience, right? In a nutshell I woke up one night last year staring into the darkness and blathering like an idiot to my wife. Everything that had been buried under comedy scripts and smart-assed comments was bubbling up to the surface. No, actually it was splashed all over the inside of my head like Quentin Tarantino had just filmed there. Luckily, we found a counselor within a day and he helped pull me off the ledge I was on. The first thing he told me was, ‘your childhood was defined by rejection and you’re in a business defined by rejection. Every time a script doesn’t sell you have exactly the same emotions you had as a kid.’ I never thought a rejected sitcom script could be that big a deal. I thought (as I’m guessing many of you think) finding success in my writing would solve all my problems. Maybe it can act as a buffer, but on a bigger stage with bigger budgets we just make bigger messes. 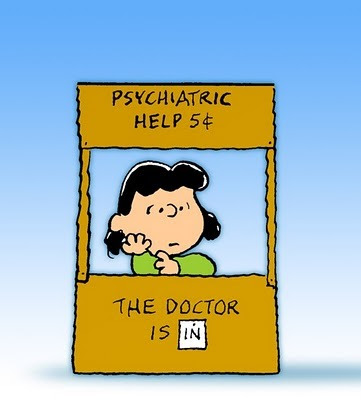 Bullshit mountain.  It’s not easy airing this dirty laundry in public. I want to seem totally together, at least long enough to wow them in the next pitching session. The problem with seeking help for mental or emotional issues is that no one wants to be that guy. But I’m not necessarily talking about checking into a padded room—though I’ve worked for a few people who could use it. I’m suggesting a couple of hours with an experienced counselor who can help you find your triggers and who can sift through the mountains of bullshit creative people hide under.
What have you got to lose? Just like you needed an experienced writer to teach you structure, you need someone qualified to help you deal with the content of your mind. Give it a shot before Vincent & Jules show up inside your head  & start reciting Isaiah.

Joseph Hampton, owner and operator of EasyFeat Entertainment Inc.,  has written for Tyler Perry's "House of Payne," "Meet the Browns."   His screenplays include:  "Illegal Aliens," "Felon Fund," "Standing Pat," "Man of Steel," "The Legend of John Henry" and "The Wolf of Aachen."   You can follow Joe on Twitter at https://twitter.com/easyfeat