Finding a writing partner: Is it really worth it?

Today's advice comes from Don Woodard, a veteran TV writer and  producer best known for his work on "Just Shoot Me," "Dream On" and "Rodney".   Oh, and then there is that little credit I am most jealous of:  "Family Guy".    As an actor, he's appeared on Newhart,  Perfect Strangers and The Golden Girls.  So aside from being versatile,  he's got great stories for a cocktail party.   Here, he discusses the joys -- and pains --  of having a writing partner.


Writing alone is a blessing. The idea of tuning out the world and creating something unfettered and so wonderfully right-brained that the words flow free and that voice comes alive and… Crap. I should start over. No. Push on. No, I hate how this is starting. Unfettered? Really? Unfettered? Shut. Up. YOU shut up. Wonder who’s winning the hockey game. Great question. Back in a sec.
So writing alone is also a curse.
Working with a partner has its rewards and difficulties. For most of my twenty-plus years writing TV, I had a partner. I wouldn’t be the first to describe it as a second marriage, with a lot of ups and a few downs. Familiarity breeds contempt and all that. Jesus, if he sucks one more pad thai noodle through those thin, pursed bastard lips of his, I swear… You get the idea. 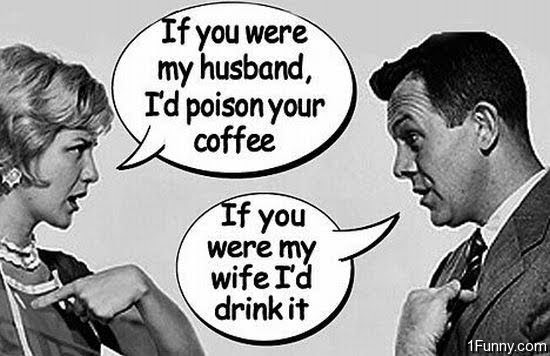 On the other hand, what a joy, when that critic in your head starts to weigh in, and there’s someone else in the room to help calibrate the dreaded scales of judgment. “Is this funny?” “It’s very funny.” “It doesn’t feel funny.” “That’s because we’ve read it thirty times. I laughed out loud when you pitched it. Nothing’s changed. It’s still funny.” “Okay. But please stop slurping your pad thai.”
So what’s right for you? I’ve loved collaborating daily with someone. Television shows certainly like hiring partners. They get twice the talent (let’s hope) and twice the sweat equity for the price of one. In these discount days, studios have been known to hire writers on the condition that they pair up with someone else they’ve hired, which, returning to our marriage analogy, well… These arrangements are still legal in certain parts of world, no?
I think partnering is especially good for comedy writers for the “is this funny” factor alone. It’s also a lot easier to come up with story ideas that have beginnings, middles and ends when you have someone to bounce your genius off of. And if, at worst, both of you are terrible at deadlines and discipline, there’s a guilt factor involved that pushes even two of the worst procrastinators across the finish line. (“I am not going to be the one to screw this up.”)
So there’s one piece of advice: Get a partner.
Here’s another: Don’t.
If writing with someone else is not for you, then set those hours, close that door, ignore that phone, and write. But step out into the daylight more often than you think you need to.
Here are a few quick thoughts if you’re going to slog it alone:
1) Find a few critics. Ask friends to read your work. If at all possible, try not to pre-load your request with humility (“I know this sucks, but…”) or the TV Guide logline (“It’s ‘Game of Thrones’ meets ‘The Sopranos’ meets ‘Hoop Dreams’…”) or what you’re aiming for (“With these 500 words, I topple the United Nations…”). In most cases, it’s better if people come to it cold. Let the material speak for itself. If you tell someone, going into it, that you don’t think the dialogue in the confessional scene sounds realistic? Guess what?
2) Use The Rule of Three, or at least the Rule of Two. If one person says your main character is playing beneath his intelligence in your brilliantly funny and revealing “new, mean boss” scene, that should elicit a “hmm” from you. If no one else has a problem with it, it’s probably working. But if Person Two and Three ask why your hero is acting like a douche in front of his superior when he’s never acted that way before and it doesn’t seem motivated and, yeah, it’s kinda funny but it doesn’t seem real? This is not the time to get defensive. Breathe. Your scene needs work.
3) Don’t be insular in the first place. Find a writers’ group. Or take a class. Networking is important in this business, and you will most likely meet some folks who will travel the same roads at not-the-very-same pace. Feedback from these same people is even more important. Hearing how you’re doing is a good thing; you’ll know, instinctively, whose notes to respect, and whose to ignore. (Just remember the Rule of Two or Three.)
So that’s it for now. Trust your voice. But trust others, too. Television is about as collaborative as it gets.
And if you can’t handle the feedback? No worries, as the kids say.
That’s what playwriting is for.

Don Woodard is a veteran TV writer and  producer best known for his work on "Just Shoot Me," "Dream On" and "Rodney".    He was part of the legendary LA improv company The Groundlings ("pre-Ferrell, post-Shakespeare," as he describes it) and had guest roles on several classic TV shows including: Newhart,  Perfect Strangers and The Golden Girls.  Today,  Don lives in North Carolina and raises money for a non-profit law firm that provides free civil and legal aid to low income people.  Follow him on Twitter @WoodardWrites
Posted by Robin Henry at 12:30 AM