5 Ways to Conquer Your Inner Critic 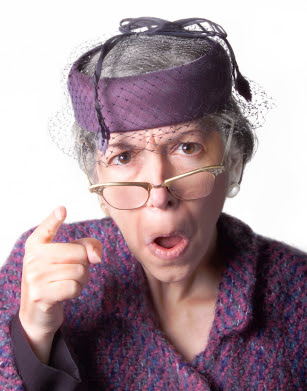 My inner critic is like Kanye West.
He just won't SHUT UP.
(And yes, it's definitely a "he."   And he's green.  I have no idea why.)
"You call that writing?"
"No one is going to like that!"
"Oh, Lord!  That's not funny at all!"
All before I even finish the first sentence.
My inner critic sucks as a writing partner.  He really does.   But, hey,  most times he's the only one awake at 2 a.m. when that wave of creativity strikes.  And he's the only one guaranteed to sit right by my side wherever and whenever I want to write.
So I had to learn to use him (or shut him up) effectively.

1.   Ask him what he would do.   The minute I start to hear my inner critic make comments like,    "That's not funny!"  I stop and ask him what would he do to make it more funny.     The inner voice has to put up or shut up.  Either way I win.  I know it's sounds crazy, but I swear it works.

2.   Reward the critic with the rewrite.   As much as I hate to admit it,  sometimes my inner critic has good ideas.  He just has horrible timing.  So, when he is stopping me too often, I make a deal with him. He leaves me alone now, and  I let him help me with the 2nd draft  -- when his critical eye will be more helpful.

3.  Give him a face.   I learned from the Artist's Way that when you can "see" the inner critic he/she is easier to dismiss.   Or cut up.  Or throw darts at.  Or laugh at.  Or stick in a drawer.   I put tape over his mouth.  It makes me giggle.   You can draw the critic.  Cut a picture out of a magazine.  Or use a real photograph if the voice is a person from your past or present.

4.  Try using a "#".    Blogger Andy Shack has a Hashtag method  to quiet the inner critic.  He uses the little mark as a promise to the inner critic to make the correction later.     It's actually quite brilliant and something I'm going to try.  And I could see how it would the rewrite faster.

5.  Change your goal.   This is another method that works for me.  Make the first goal quantity and not quality.   Instead of  striving for the "perfect"  script, joke or novel,  I tell myself  to just produce 5 pages or 5 jokes no matter what they are.   This allows the critic to relax.  And I often end up writing double or triple the amount I set because I've taken the pressure off.

What methods have you tried to silence the inner critic?